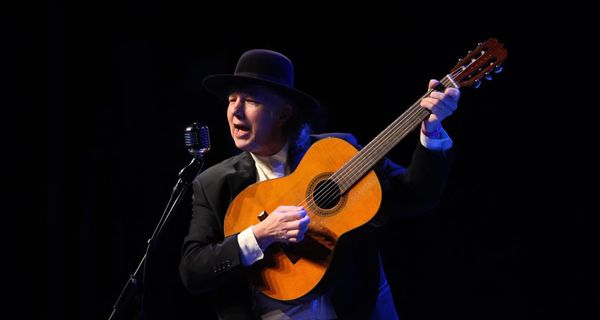 As reported in the last newsletter the radio promotion is well underway and the band's music is being played on the radio!

Stations playing the band's music are: WGOE an online station, KALW in California, KDNK and KOTO in Colorado, KUNI in Iowa, WUCX in Michigan, KDHX in Missouri, WNTI in New Jersey,  WFIT in New York, KRVM in Oregon and WEBR in Virginia. So keep listening and let the stations know what you think!

For those of you who missed the February 18th show at Hank's Saloon, Vera Fabris who did attend sent a review. Thank you Vera!

Hank’s Saloon in Boerum Hill, Brooklyn. A neighborhood with the mind of it’s own, with a relatively small, but powerful gem hiding in it. Nenad Bach and his band fit right in, adjusted to the environment; their music promoting the mystique in an undeniably invigorating way. One could not avoid but to ask oneself - did the audience know that the song ‘Vukovar’, about a Croatian town that became a symbol of senseless destruction, was brought to Brooklyn by Mr. Bach and his band in the form of a phoenix, raising from the ashes, only to blend in…It seemed as the rhythm of it, as well as of the other songs, was becoming faster and faster, and its texture grew stronger. The atmosphere was becoming more uplifting and optimistic, as the other songs were. The emotion was paradoxically heavy and light at the same time, always meaningful, positive, and elegant. It could have been that, in such an environment, it almost became compatible, in it’s greatness, with a timeless, black and white, John Wayne’s photo hanging on the wall. Nenad Bach and his band conquered Hank’s Saloon with such a certainty that comes only in some chosen times.

Finally, Nenad will be a panelist on "Puls Hrvatske" hosted by Branimir Bilic on Croatian Television (HTV) March 5, 2012.

Thank you all for all your support! We CAN go higher!